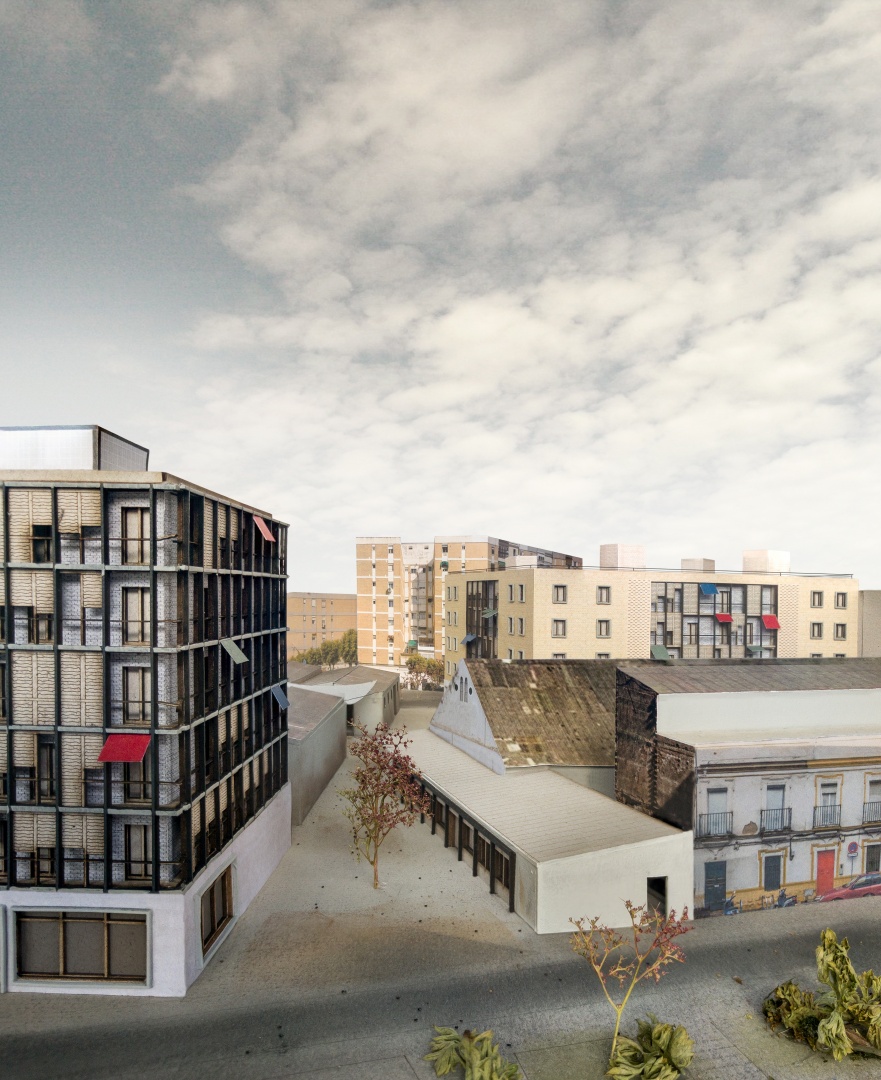 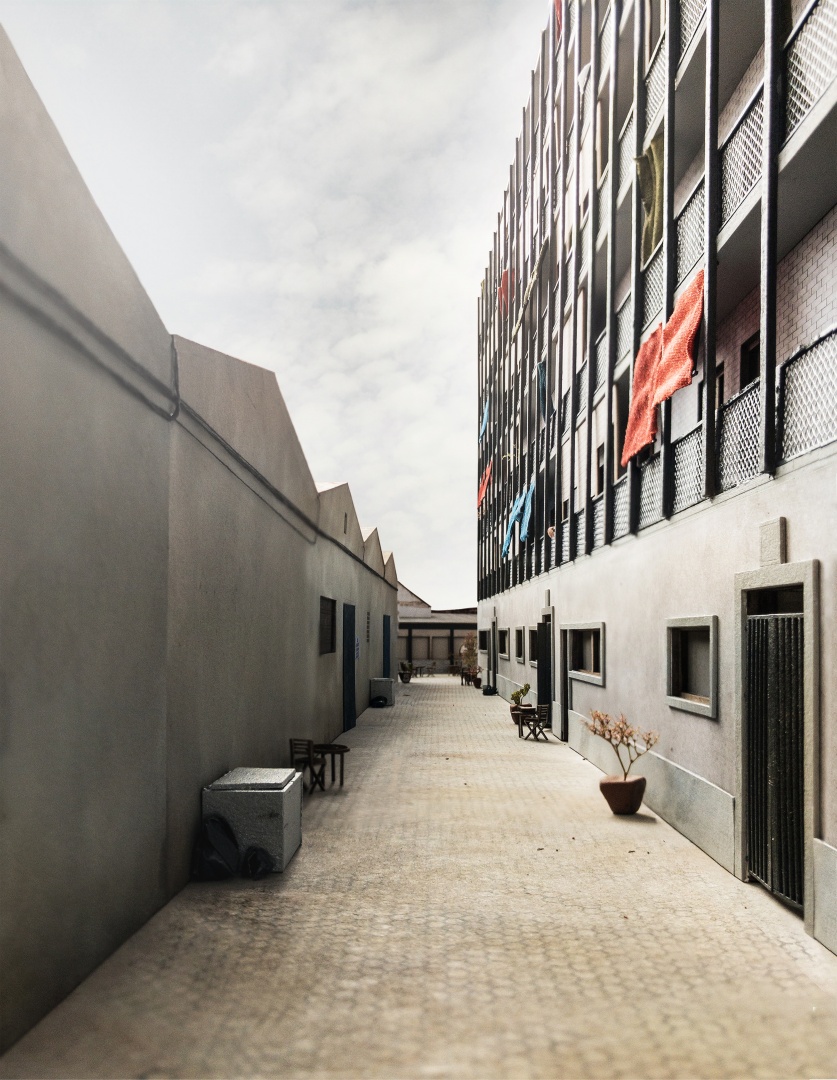 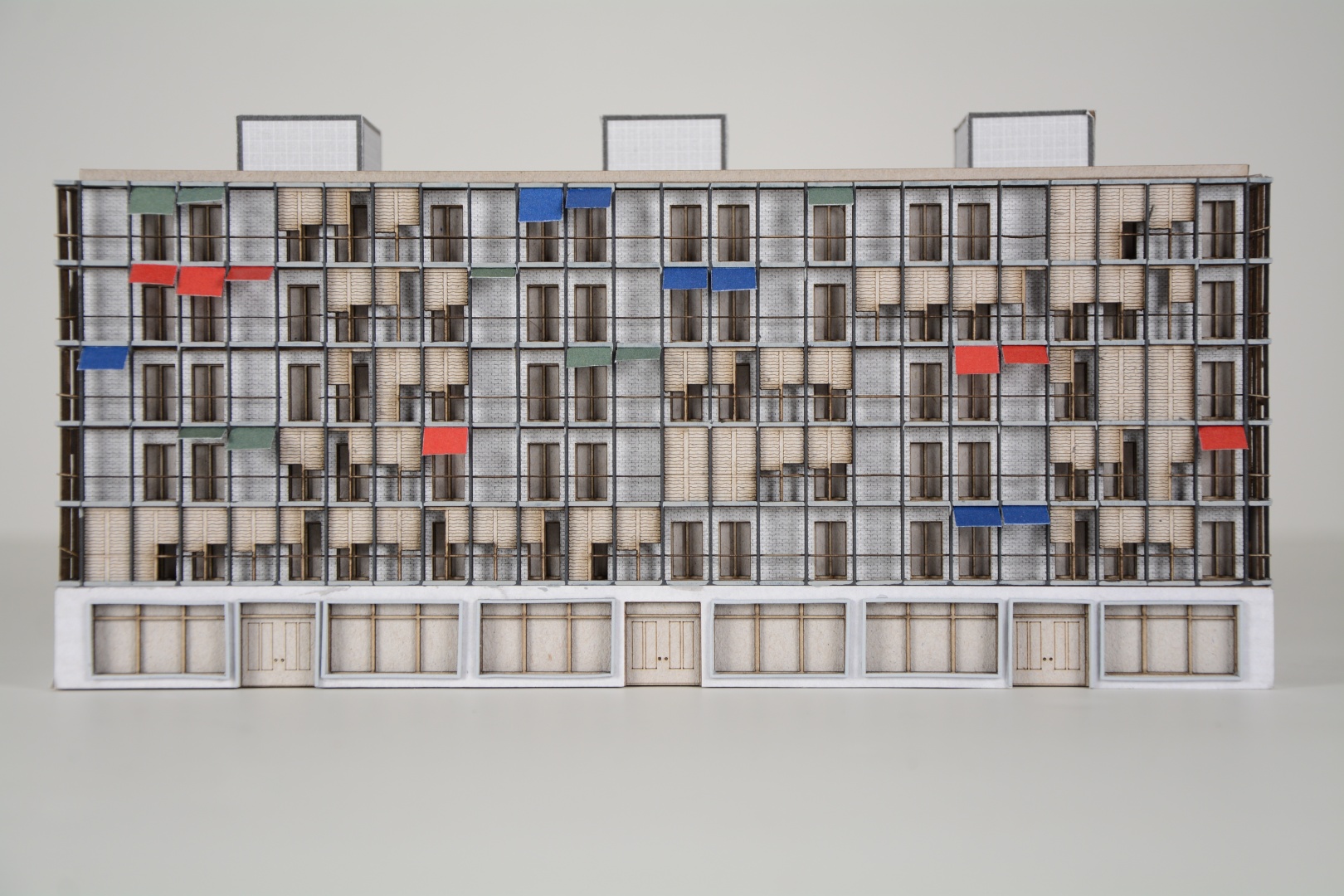 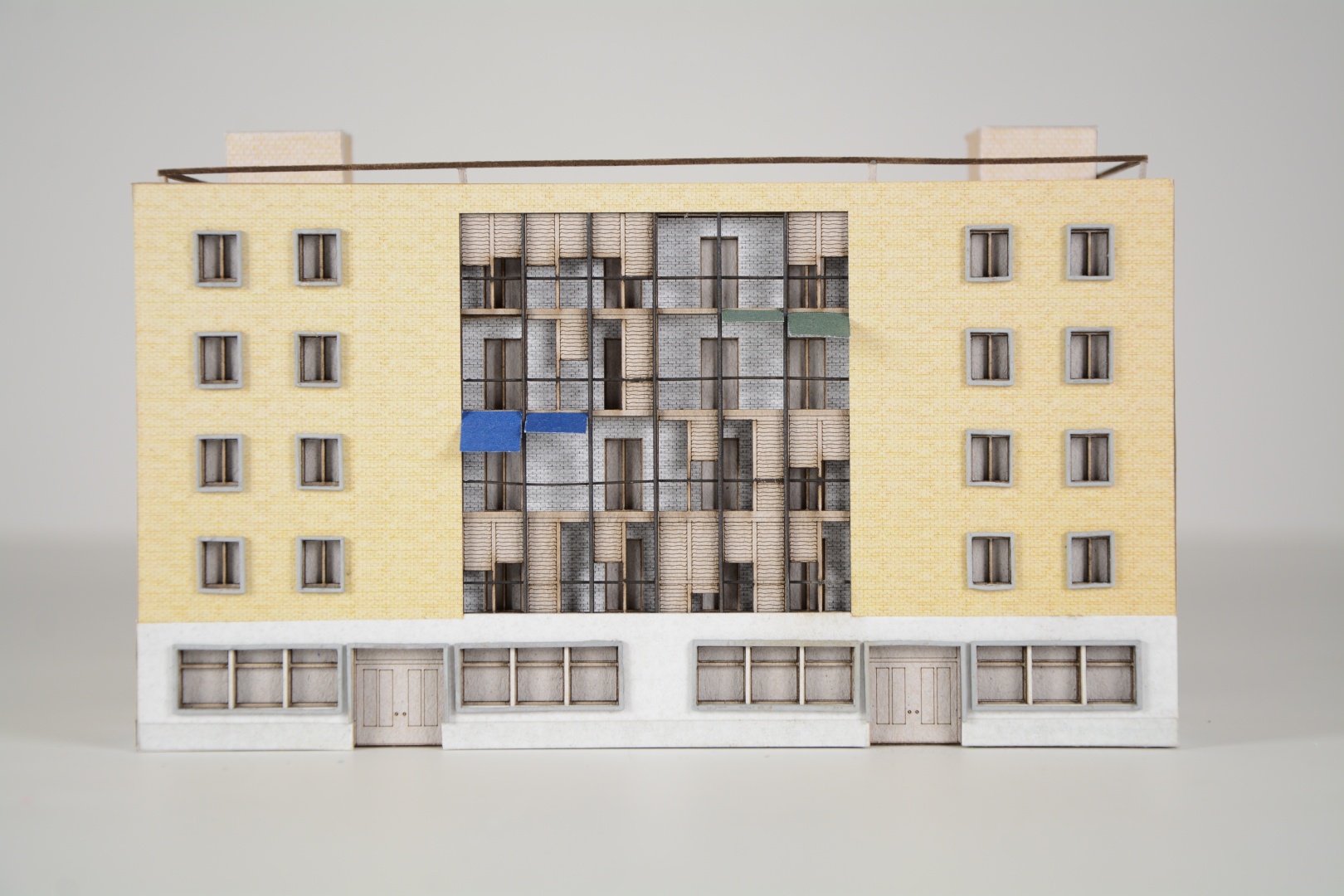 The plot "Calle Manuel Arellano" is located in the historic district of Triana in Seville. The area is characterized by a heterogeneous population structure. In addition to apartments, the ground floors are also used for commercial, gastronomic and industrial purposes.

There are mainly three larger volumes on the plot. Two one-storey halls in which a manual use is pursued, as well as an other, bigger one, which is used as a co-working space. These structures can be traced back to 1960 through existing planning documents. The analysis shows that the buildings still fulfil their function in their structure today and therefore have the right to continue standing there.

The visit on site in Seville shows: Buildings with large squares and oversized courtyards seem empty. By setting the volumes, the plot divides into lanes and squares, which are freely accessible to the public. By placing shops that do not require casual customers, the neighbourhood will be mostly frequented by residents and locals.

Two new volumes with different expressions
By demolishing the one-storey barracks, two new, buildable squares become available. In the north, the buildings on the neighbouring plot are respected. The new volume is attached to the existing structure. The orthogonality is based on the existing buildings, which takes over the new volume and thus forms a new place.

The solitaire in the south is formed by a clear, independent form and follows the given structure of the workshops. Through the orthogonal positioning, the square by the street is spatially defined. The volume negates the course of the street, whereby the axes of view of the streets running towards the building will be more defined.

The existing trades should be able to continue working in their halls as far as possible. Over time, a mix of living and working will emerge. Coffees and restaurants activate the squares and are possible new meeting places for the residents.

Living against the courtyard and with buffer zone
The interior concept is based on the same principle for both volumes. An entrance seperates between individual and common rooms.

The apartments in the solitary building are accessed via three centrally arranged stairwells. The individual and common rooms are arranged alternatively. A narrow buffer zone is created around the building. It shields the apartments from surrounding traffic and noise. The planned, individual appropriation of this buffer zone by the residents creates a dynamic façade.

The façade is based on the existing buildings
The brick and the colourfulness of the northern volume is adopted by the neighborhood. The massiveness of the neighbourhood extends through the façade, which is broken up by the buffer zones set up at specific points. These buffer zones have the same design as the solitaire.

A steel support construction gives the façade of the solitaire a delicate structure. This is covered by railings, curtains, awnings and can be used individually by the residents (trash cans and so on). The concrete floor slabs are visible on the façade. Which is made out of bricks which are painted in white. The ground floor is constructed as a base of the building in exposed concrete. 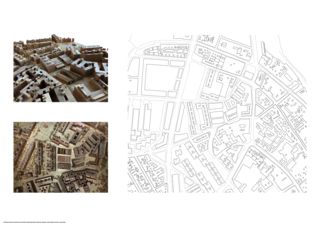 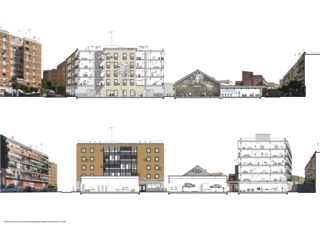 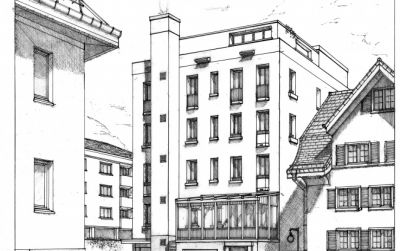 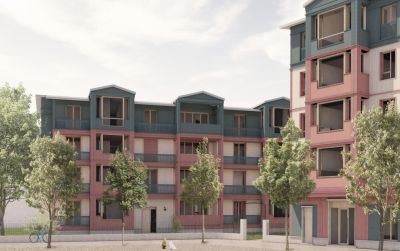