Positioning itself a couple hundred meters from the main station, the projects ambiguous triangular site is a result of the merging of the medieval convent and 19th-century grid axis which rearranged the lower part of Bergamo. The project adapts to the urban anomaly by forming a conglomerate of rectangular objects, which perpendicularly adapt to each street, thus touching at their extremities. Observing the building from the outside the various facets within the wrapping facade make the structure appear to be comprised of various components and distinct wings. Rather than a singular mass ready to overpower the delicate urban typology of the lower city, the building presents itself to the city as distinct and subdivided. The interior of the office building is composed of a central space arranged around the 20x20 meter courtyard, which defines the interior spaces and offers a threshold to the various separations within the interior layout.

The joining and separating of the building’s elements creates a varied interior typology of use, offering communal and annexed areas of work, to be adopted by specialised departments within a large company or separate smaller businesses.

Recurring within the building is the theme of dis-jointment and separation, triangular interior voids strongly define the building's interior layout. Rather than using walls to separate and delimit its areas of work, carefully studied openings within the buildings slabs create a rhythm of spaces which disassociate from the routinely sparse and repetitive plan of the typical office.

The voids within the slabs progressively get smaller when moving up through the building, the fourth and last floor has the more unified floor space with minimum interruption and is dedicated to subdivided cellular office spaces which react to the complex perimeter of the building. 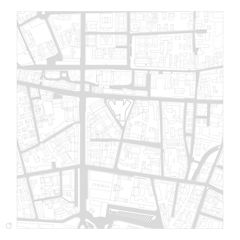 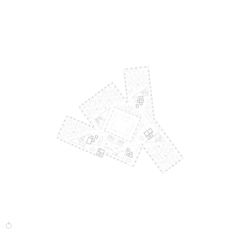 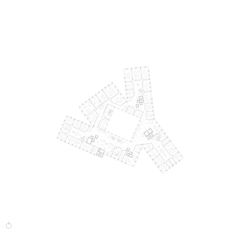 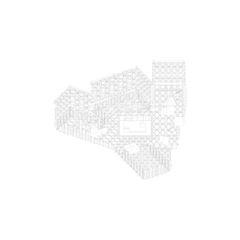 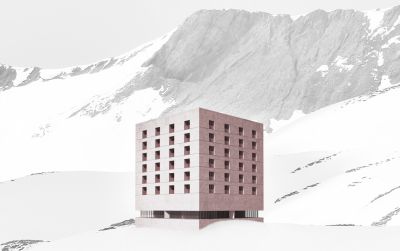